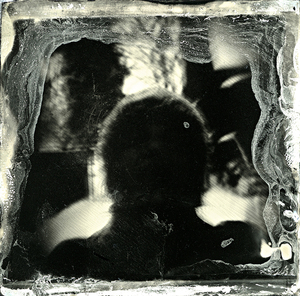 S. Gayle Stevens is an award-winning photographer and exhibits extensively nationally and internationally. She has worked in antiquarian photographic processes for over twenty years; her chosen medium is wet plate collodion for its fluidity and individuality. Ms. Stevens received an MFA from the School of the Art Institute of Chicago in 1999. She is an educator, speaker, juror, curator and an active member of the photographic community. Named one of the Critical Mass Top Fifty Photographers for 2010 and 2014, she received second place in the Lens Culture International Exposure Awards in 2011 and was named a finalist for the Clarence John Laughlin Award in 2012 and 2014. Her work has been featured in Fraction, Square, Shots, Diffusion, B + W Photography, Vignette and Fuzion magazines and in Inventing Reality, New Orleans Visionary Photography. North Light Press published a book of Stevens’ work, Calligraphy, in their 11 + 1 Signature series. Christopher James will feature her work in the third edition of The Book of Alternative Photographic Processes. Stevens’ work is widely collected and is part of the permanent collection of the Ogden Museum of Southern Art, the New Orleans Museum of Art, the Rockford Museum of Art and the Center for Fine Art Photography and recently the University of New Mexico Art Museum, among others. A member of the Posse photo collective, she divides her time shooting in Pass Christian, Mississippi and Downers Grove, Illinois, where she resides. Stevens is represented by Tilt Gallery, Catherine Couturier Gallery, and Gallery Kayafas and Paul Cava and St Veronica’s Photography Gallery.