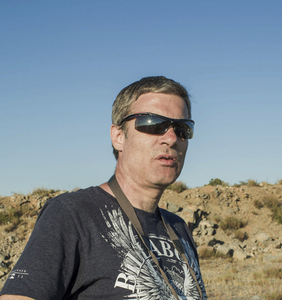 Stefan Petrunov was born on 01 January 1964 in Sofia. He graduated Painting at the National Academy of Art Nicolay Pavlovich in 1991. He took part in a few mixed shows in Bulgaria in 1992. In March, the next 1993 he opened his first one-man show at the Grove art gallery in London. During the following years he worked as a graphic designer and web designer. In 1996 he started work for one of the biggest companies at the time for clip art; it was the Canadian New Vision Technology that had clients such as Microsoft corp. and Getty Images. In the year 2000 he was nominated for best Bulgarian postage stamp by the Vienna International Postage Stamp Exhibition – short WIPA. In the period between 2001 and 2007 he worked for the English Swan Multimedia Ltd. as a graphic designer. He decided to return to the world of painting and drawing in 2007.Later he took part in a few mixed exhibitions and opened a solo exhibition in March 2009 at Sofia Press Gallery in Sofia. In his participation in Barcelona Showcase of Contemporary Art – 27th April 2013, organized by GAA,he won “Barcelona Showcase Best Artist Award 2013” given by the jury.