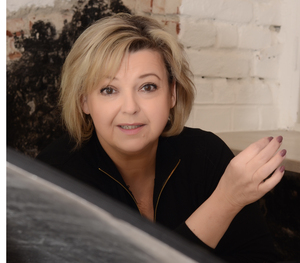 Andrea Wildner was born in Graz, Austria. After graduating from High School, she attends “University of Music and Performing Arts” in Graz. She starts her first theater engagement as an actress in Castrop-Rauxel. In the years 1975 – 1983, she is a regular member of the acting ensemble at „StateTheater“ in Munich. Since 1983, she’s a freelance actress for film, television and theater. She becomes famous through TV-Series like „Die Hausmeisterin“, „Peter und Paul“, „Um Himmels Willen“, as well as „Tatort“, „Soko” and various other acting engagements.

In the years from 2012 – 2014 she pursues a degree in painting with Prof. Markus Lüpertz. 2014 she receives her certificate from Kunstakademie Bad Reichenhall.

Since September 2014 student in the masterclass of Prof. Markus Lüpertz.