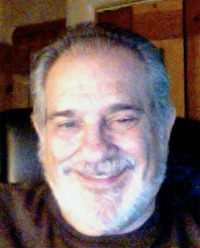 I create non-figurative encaustic mixed media collages which usually have a cultural or political undercurrent. I derive inspiration by collecting found objects clippings, photos and anything unusual. I do not avoid recognizable objects. If I use them, they have been repurposed into a new reality or idea. Mostly, I am not making paintings of things. I am creating art objects, which are things in themselves.

While color, space, line and all the other elements and principles of design are intelligently addressed in my art, I am drawn to texture more than the others. I believe that texture adds interest, feelings, and emotion to my work. As I explore the visual and tactile surfaces, that automatically appear when you are painting with wax, often incorporating the real textures of collected objects, a visual richness serves to unify my body of work.

“ Time Flies Whether or Not Fun is involved”

“ International Symbol of a Bear in Distress”

This piece started to form when I was able to acquire the workings of a grand fathers clock. From there I explored many aspects of time that we experience every day.