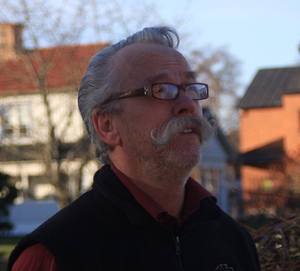 Viggo has always been fascinated in nature. That’s why it is not strange that during his first years as an artist he took the opportunity to create nature-realistic paintings.

Placing Viggo’s works in any of the known isms can be difficult as his paintings cover many of them. After 45 years of searching Viggo seems to have found what he has been looking for – cheerful colors where he works multi-dimensional. His works often conveys joy and harmony.

Internationally Viggo’s art has created a demand, with separate exhibitions in USA, Canada and Europe and enquiries for more exhibitions shows that his art is very much liked by galleries all over the world.