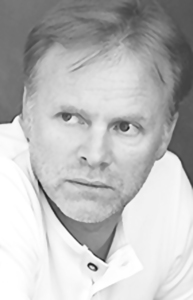 1993-2004:
Creation of experimental art in Oil-Acrylic, presented in many exhibitions in Austria, Switzerland and France.

2001:
Entering the world of theater and working as scene painter at the Landestheater in Linz, the capital of Upper Austria.

2011:
After decades of work on various art projects, in 2009 Dietmar Pickering took a creative break during which he got interested in several new topics.
Birth and death were both themes that made him reflect on ever-recurring questions like "Why am I the way I am? What is the meaning of my life and who decides what will happen?”
His non-scientific realization is that finally everybody carries his life in his hands and determines its course but there are influencing factors that assist us. These personal findings made Pickering dedicate his work to the topic "Angels" which resulted in this picture material "AGE OF ANGELS" on this site.

2010:
a new personal era of painting! After 30 years of various painting styles Pickering
discovered his preference for the colours blue, white and meral under the motto “Blue723“ in 2010.

Inspired by the world

Lovers of abstract art repeatedly ask the following question:
„What really moves an artist, to paint the way he does?“

At some point during my 35 years of artistic activity and constant driven creative impulses,
an inexplicable energy arose in me to express a very unique and personal style of art.

„From the divine inspiration!“
From my deepest emotional depths coupled with divine inspiration a new series of paintings titled Blue723 arose.
The pictures speak for themselves and therefore carry no name but numbers.

The series of pictures Blue723 begin with the number „7“.
7 is the number of perfection, it is a natural, and odd positive number.
In the Middle Ages, the seven stood in the Christian symbolism of numbers for the grace of peace and tranquility,
composing of the number three (Trinity) and four (World, Four Elements, Four Directions).
The colors of the images have been inspired by the four elements.
The images emerged during a period which ran from 2010 to 2012.