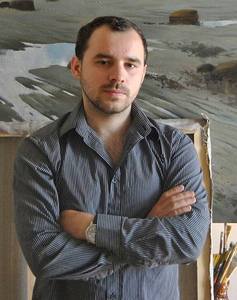 2011-2014 — participates in the creation of mosaic panels for the stations of Petersburg metro (Admiralty, Bucharestkaya, Volkovskaya, Spasskaya, Mezhdunarodnaya, Sportivnaya-2).
2014 — Member of national and international plein air, organized by the Ministry of Culture of the Russian Federation and the foundation of social and cultural initiatives..
2012 — member of series of exhibitions: Guangzhou - Shenzhen - Hangzhou (China)
2010 — awarded the diploma of the Academy of Fine Arts.