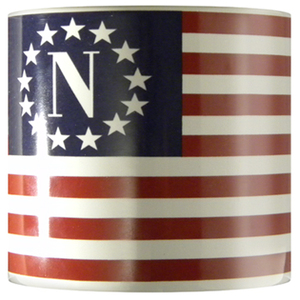 Architecture is the art that defines our aesthetic sensibilities more than any other form of visual expression. Natural materials and elements of craftsmanship bring warmth and value to our surroundings. In the last five decades, an intensified interest in the preservation of our natural environment has evoked a broader understanding of environmental quality: environment is both natural and man-made. This expanded concept of environment is a recognition that our architecture should be preserved for reasons that go beyond historic significance. A sense of place and cultural continuity are increasingly accepted as genuine needs in America. Equally widespread is the growing recognition that "quality of life" is intimately related to hospitable surroundings. As we build structures of glass and steel that have few elements to celebrate our own humanity, we have grown to appreciate older buildings that relate more to us.

Conservation of older buildings made of marble, granite, limestone, and terra cotta have helped save our many aging urban environments. But, with little graphic re-enforcement, how could the education, awareness, and appreciation of America's classic architecture be manifested more concretely? Hopefully, Mr. Nixon can be a part of that urban influence and education by documenting and exhibiting the best examples of our past to help create a more stable, harmonious future.

Inspired by history's great masters, Giambattista Pirenasi; the multi-volume Description de l'Egypte; the École des Beaux-Arts watercolor reconstructions of ancient Roman and Greek temples, Jack Nixon saw the potential for high quality graphics of America's historic buildings, monuments, and ornamental decoration that could rival the golden era of engravings of ancient Rome, Athens, and Egypt. With a unique vision and the expressive and technical power to convey that vision to the public, Mr. Nixon began to produce a series of master drawings called: "CLASSIC CHICAGO: THE ART OF ARCHITECTURE."

Upon his return to Chicago, participating in the recycling of reusable building materials and architectural remnants while learning of the young, unconventional exploites and the tragic death of photographer Richard Nickols in 1972, documenting and salvaging elements of the old Board of Trade, Nixon began to notice the serious pride and appreciation his fellow Illinoisans had for their area's architecture, particularly that of Daniel Burnham, Louis Sullivan, and Oak Park's favorite son, Frank Lloyd Wright (with apologies to the Ernest Hemingway Society). Not having perceived Chicago's architecture in his youth, books Jack read and lectures and walking tours he participated in around the Loop and along the Chicago River revealed its heritage and historical significance for the first time. Many coffee table books, post cards, and other gifts and memorabilia of architectural photography were being sold on Michigan Avenue, as was art composed in water color, pen & ink, and oils in the River North's SuHu art district.

But something was missing in the fine art of the older buildings he loved to walk past and study in Chicago's central business district. Mr. Nixon realized the contemporary art did not complement their excellent craftsmanship. Contrary to old, intricate, and intimate architec­tural prints he had seen in his college research, the vast majority of modern artistic interpretation was too impressionist to capture their refined elegance. The warmth and human qualities of the beautiful stone and terra cotta embellish­ment of low reliefs were being lost in the art of general street scenes. And richly detailed, framed architectural prints and maps of European cities were hanging in corporate offices and retail shops all over town? Prints of old European engravings and etchings were filling a void in the art market that should have been filled with ornamental prints of Chicago. Either no one had taken advan­tage of the opportunity to supply the public these sophisticated graphics or no one had realized the art market's need. But what brought his blood to boil and moved him to create the work he has continued for almost thirty years was the demolition of a beautiful, old "background" graystone with large arched windows along North Michigan Avenue that made way for a new International Style department store.