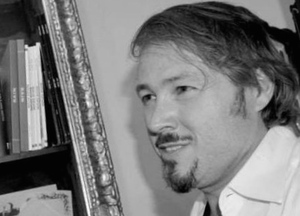 He was born in Palermo in 1969. He attended the Faculty of Law in Palermo, where he graduated with the highest honours and became a lawyer and later a teacher of law at senior schools. However, at the age of 28, he felt that his original passion had remained latent and was determined to study, self-taught, painting techniques and human anatomy. He was soon to leave the legal profession.
In 2007, the town of Bagheria appointed him as a consultant on the arts.
After a period devoted to study and analysis of painting techniques, the artist matured his own style that in "Rain" was to see rain worked out in its various forms (Acid Rain, Dirty Rain, radioactive Rain, etc). As the lowest common denominator of his initial production. The metaphor of the shore was conveyed by a thin throwing of colours on defined images of anonymous faces of young and old people without pupils, all with a mixed technique with oil on canvas.
2008 was to be the year in which Arrigo's work was for the first time to receive international attention.
After a solo exhibition at the Consulate General of the Kingdom of Morocco in Palermo, entitled "Oil and Blood Rain ", which enjoyed unexpected success with the public and media (the exhibition was also visited by the art historian Maurizio Calvesi), on the initiative of a London gallery, Arrigo participated, with some large-scale works, in an international group exhibition at the Hague. Then Christie's auctioned some paintings by Arrigo. Later Mr. Serge Brammertz, a prosecutor of the International Criminal Tribunal for ex-Yugoslavia, purchased on behalf of the United Nations two works by Arrigo to exhibit them permanently at the International Criminal Court (ICC).
The strength of these works, described by art historians that have dealt with Arrigo's production, was seen "ictu oculi" as a universal message by these institutions. Arrigo was to donate all the proceeds to the Red Cross in the United Kingdom.
A third work was sent by the United Nations to the Special Court for Sierra Leone.
In October, two other large paintings in the series "oil and blood rain" were put up for auction by Hugh Edmeades, chairman of Christie's in South Kensington, at a gallery in London.
Arrigo's works have been shown in solo and group exhibitions in Italy, France, Holland, England and the United States.
Again in 2008, the Kalòs art publishing house published "impop art". In the catalogue Arrigo indicated the guidelines of the underlying cultural themes of his work.
Since 2009 Arrigo has been travelling periodically from Palermo to Rome, where he has come into contact with the art milieu in the capital. He met Larry Gagosian, thanks to the magnate Roberto Bilotti. The New Yorker gallery owner was to receive a painting by Arrigo in the series "portraits-rainmakers" from the Bilotti collection.
Arrigo's works had already been written about by the art historian Maurizio Calvesi (two times curator of Venice Biennale 1984- 1986) as "a new page in painting and not only Sicilian" and by Augusta Monferini, former superintendent of the National Gallery of Modern Art in Rome (YUM), thanks to the catalogue "Rain" (translated into English and Spanish) of the solo exhibition of this title held in the USA in 2009 at Wright State University, the Missing Peace Art Space and the Dayton Peace Museum.
Since 2010 Arrigo has often been invited by Italian and overseas universities for thematic conferences on his work and on the provocative poster "Impop art."
In 2011, on an idea of the curator Vittorio Sgarbi and on the instructions of the director and Oscar winner Giuseppe Tornatore, he participated in the 54th Venice Biennale-Arsenale Venezia (Italian Pavilion - catalogue published by Skira, 2011, "Art is not our thing" by Vittorio Sgarbi).
There he met Prof. Edward Luttwak and his wife, the artist Dalya Luttwak, who on that occasion exhibited a work of enormous size and deep symbolic meaning, "Red Roots." Arrigo was greatly fascinated by the symbolism and power of this artist. This was also to have consequences on his style, which evolved towards greater symbolism, almost becoming abstract.
In the same year he was a finalist at the world competition "Art and Bioethics" organized by UNESCO (with 23 countries participating).
In 2012 "Nameless" was inaugurated. This was a solo itinerant exhibition held first at Montecitorio (monumental complex of Vicolo Valdina - Rome, Chamber of Deputies) and then at Palazzo Sant'Elia, the headquarters of the Province of Palermo (now housing the homonymous foundation) The catalogue of the exhibition was introduced by Marisa Vescovo, Aldo Gerbino and Fabio Carapezza Guttuso
In 2013 Arrigo moved to Rome, where he taught at the G. C. Argan State Art School and was hosted by the art historians Maurizio Calvesi and Augusta Monferini. There he underwent a further stylistic evolution, which tended to increased synthesis of pictorial elements, and in parallel with the new series "Drops" and "Beautiful Decadence" drew a line of interior fittings and interior tiles (designed by the interior designer Anna Russo and produced in a limited series, by the highly specialized craft firm Scianna).
These works were to be exhibited at CERSAIE in Bologna and MADE EXPO 2013 in Milan (with J and Well interior design)
Also in 2013, he privately presented to friends, including Edward Luttwak and the esteemed artist Dalya Luttwak, some works in the new series Drops and Beautiful Decadence at his own studio in Bagheria (Palermo province).
He was invited to participate in the "week of cultures" in preparation for the candidacy of Palermo to be a Capital of Culture in 2019 with a solo exhibition entitled Drops, handled by the art historian Lorenzo Canova. Rome dedicates to Arrigo, again in 2014, a “solo exhibition” in one of its contemporary art museums (Villa Torlonia - Museums of Rome Capital) entitled "Impop", curated by the art historian Lorenzo Canova.

In the filmography , the director Piero de Luca played the movie - short " Half Lives" , in 2009 , inspired by the life and works of Arrigo Musti ( the film received several national awards ) . Other works of Arrigo Musti appear in the film: “Libera me” ( being part of the subject ) by De Luca and Aiello. The film is inspired to domestic violence . It was a finalist in 2016 at the Los Angeles Cine Festival and selected festivals in Boston and in Indian Cinema .

The atelier of Arrigo Musti is in Bagheria ( Palermo ). A larger private atelier is connected. It is in a beautiful tower restored inside and , historically , the set of a revolutionary movements Bourbon, Torre Ferrante . Dating back to the sixteenth century , it is now incorporated into the urban city of Bagheria . It is known to have been inhabited by the revolutionary Andrea Cuffaro.

New museum acquisitions of works by Arrigo are ongoing.
Arrigo lives and works partly in Rome and partly in Bagheria (Palermo province).

The "myth" is also the subject of interest of Arrigo Musti.
In various forms the artist back, cyclically, to confront his own cultural classics an Mediterranean roots.
Greek and Roman statues eroded by scratching, metaphorically represent the image of our contemporaneity. The social and economic condition of Greece today "docet".
The latest works (2015, mixed oil on canvases) of the cycle: "G.T. Greece Today-Drops on surfaces 2015", like "Red Aphrodite", with garish colours of embarrassed and without admirers Aphrodite, (red is the dominant tone picture) , represent, for the artist, the relativistic drift of our "vacua" contemporary age.
About these artwork says the Oscar Prize Giuseppe Tornatore that has chosen Arrigo Musti for the 54th Venice Biennial: someone says that a real artist should be recognisable in any of its works. That a subtle and invisible thread inevitably crosses the thematic and expressive disparities. That authentic artists substantially cannot renounce to carry inside themselves, often unconsciously, a sign, a premonition, a totally personal trait that marks the entire work in an unrepeatable unicum (synthesis), and at the same time reveals its ultimate hidden sense. If it is so, the young Arrigo Musti is already one of them.
Indeed his paintings possess the merit of infusing since the first instant the perception of being in front of an accomplished and unequivocal style, reinforced by a noble and unusual poetics, imperious and sincere, constantly torn by the wounds of an ancient as well as unexpected recognition of the pain. Beyond the tremendous ability to merge lights, forms and colours in an innovative and visionary harmony, from some aspects provocative, distressing and disquieting, what especially strikes and surprises in the work of Arrigo seems to me his aesthetics of commotion for a world that has lost its own mythology. The modern affliction of a poet, who longs for a universe of heroes and legends, where human beings are not anymore able to reflect. His desolate glance to an Olympus of Gods uninterested to our destiny as a result of the humiliation by men’s blindness.

A gallery of Arrigo's friends includes:
the portrait of Oscar Prize G. Tornatore, (Tornatore has chosen Arrigo as best artist in 2011 for 54th Venice Biennal);
the N.Y. gallerist Larry Gagosian (who met Arrigo -2010- in Rome Via F. Crispi-Gagosian Gallery) and now is in Gagosian private art collection NY;
Professor Edward N. Luttwak (who join with Arrigo each summer in Sicily);
Nick Rhodes (Duran Duran) who met Arrigo in Sicily in summer 2013
(from www.arrigomusti.it portraits section)