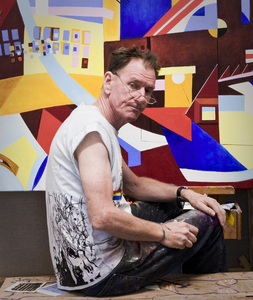 I was born in Boston MA in 1948.
Was a Bachelor of Fine Art major at the University of Massachusetts 1967 -1969.
Studied plain air landscape painting with Western Massachusetts artist Maurice Kennedy 1982 – 1989.
Maintained a gallery/studio at the Rocky Neck artist colony in Gloucester Massachusetts1991 – 1995.
Have participated in numerous one person and group shows in the US.
Moved to Australia in 2009.
Had my portrait of artist Tim Johnson included in the Solon de Rufuse? 2012
One person show at the Headlands Gallery 2012.
I currently maintain my studio at Lennox Street Studios in Newtown, Sydney AU

All the work show her was produced after my move to Australia in 2009.

“Sunlite Reflecting On the Pond of Narcissus”