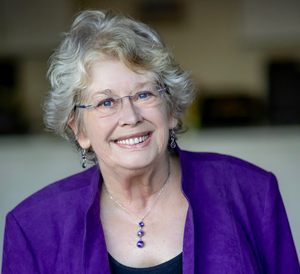 Opening the Gates of the Heart

This portfolio is taken from the silver-medal-winner-for-world-peace, multi-award-winning book, "Opening the Gates of the Heart: A Journey of Healing." By reading and viewing it, you are drawn into the peace and calm that is generated as you are introduced to the photographs of wrought iron gates. Each image is titled and has relevant prose attached to each photo. The theme of the book is based upon my own journey, from terror and fear, through awareness and healing, finally resting in peace.

The image I share here is "Webs of Fear." It represents the way in which we become entangled when we are in fear or terror. It is the first image in the book. All ends well with the final photo, "Promise of Peace."

The first image in my multi-award-winning book, "Opening the Gates of the Heart: A Journey of Healing" is "Webs of Fear." It is the image that allowed me to realize I had a book in the making. You see, I was journaling every day to deal with my new-found sobriety and my long-standing history of anger and bitterness - in short, my angst. At the same time, I was titling photos of gates I had taken. I planned to submit them to art galleries. One morning, I wrote in my journal, "I have spent a lifetime spinning webs of terror and shame between the spires of the sentinels to my heart." This stopped me up short! These words described an image I had just titled a week ago, "Webs of Fear." The words gave voice to the image! I began to wonder if there were other writings in my journals that would describe other gate images I'd titled. I found several. It was at this point I knew I had a book-in-the-making, and started putting it together. Six years later, this book was published and quickly became an award winner in many categories. Three-quarters of the book's verses were taken verbatim from my journals. They were written before I photographed the gates! I attribute the whole discovery of the book to Divine inspiration and creation.

This is the last photograph in "Opening the Gates of the Heart." There is a promise of peace when you read the book...