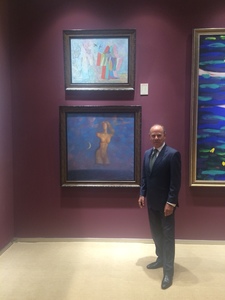 Since 1970 he has participated in more then 250 republican, international and foreign exhibitions in Armenia, Russia, Hungary, Cuba, USA, France, Germany, Belgium China and in other countries.